On Saturday May 5th, we roll into the capital with our biggest & most ambitious tap takeover yet, only possible thanks to those wonderful people who bring you the Cask/Craft estate in London & Brighton.

We are bringing TWENTY exciting beers to town, 10 Cask & 10 Keg, we plan to showcase the huge variety of styles we brew & how they can suit varying dispense methods.

On the day there will be anything from a cask Dark Mild to a Keg Double IPA & EVERYTHING in between. There will also be the opportunity to compare & contrast Diablo & Mokko on cask & keg which should make for an interesting talking point.

So if you can make it to SW1 on May 5th @ 5pm we look forward to having a beer with you & talking you through who we are, what we do & where we're going. 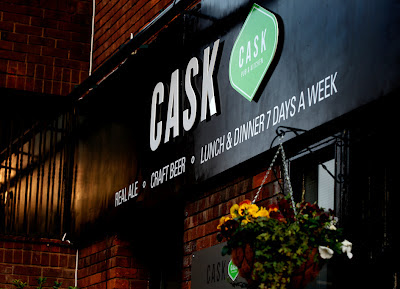 Posted by Summer Wine Brewery at 16:02

Hoping to be there...