Your Beverage Needs You! 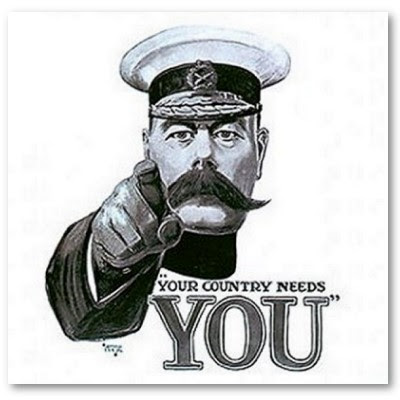 So this weekend saw the online beer Twitterati lay siege on Saturday Kitchen on BBC1 at 10am. The idea championed by Hardknott Dave & others using the #saturdaykitchen hashtag was to suggest beer to match foods that were being prepared on the show. The show has previously been entirely biased in only recommending wine matches to suit the food so much so it prompted Dave to make a complaint to Ofcom regarding the complete ignorance of beer as a versatile beverage suitable for food matching by the BBC.

I myself back Dave 100%, the point which he is trying to readdress is the fact that compared to beer, wine gets an inordinate amount of coverage by the national media.

As people who care about beer we saw something completely organic happen in our time lines on Twitter happen on Saturday. Something wonderful, something incredibly positive & a joy to behold. A huge number of beery twitter folk spontaneously backed Dave's suggestion by using the hashtag & taking part.

It was the use of social media at it's best, being used by a group of people who care about something enough to make their voices heard completely off the cuff. During the show there were approximately 1500 beer/food related tweets directed at the programme, recommending a huge diverse range of beers suitable for a range of dishes on the show.

These suggestions were almost certainly certainly picked up by the production team. Hopefully we will see some impact on the show & get the amazing cornucopia of exciting beers in the UK some national television coverage as a great & versatile accompaniment to food. 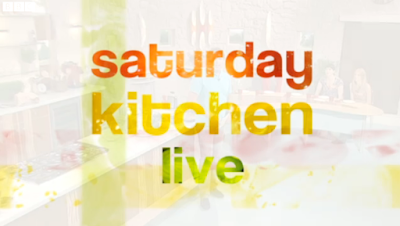 We may have already seen an acknowledgement from Olly Smith who is Saturday Kitchen's resident wine expert as this morning a piece about beer for wine lovers appeared in the The Mail. A piece for which Olly should be praised for as it brings some balance to the wine over beer coverage imbalance. You can & should follow him on twitter @jollyolly as he appreciates & is knowledgeable about his beer.

The main message that spoke volumes to me on Saturday was that for all of the negativity that permeates the online beer world it was incredibly refreshing & powerful to combine instantly over common ground to unite & the promote the beverage we all love!

When we unite together & fight under the beer banner we ARE capable of doing great things. I will certainly think twice before I publish any blog post in the future & ask myself;

'Will this forward the cause of beer or add value?'
'Or foster conflict & negativity?'

If it's the latter I will now think long & hard before hitting the publish button, I urge you to do the same. It IS possible to bring lots of new drinkers into the amazing world of modern British beer.

IF we talk about the positives!

If we get a result here, we can go elsewhere into getting Beer the coverage our national drink deserves.
Posted by Summer Wine Brewery at 20:44

What a brilliant use of social networking to make a point! Congratulations.

Your tweets certainly made me think. I hadn't appreciated how nonsensical it is that the "wine expert" travels all over the country - to then sample wine in a Sainsbury's or Waitrose which they could probably find around the corner from their studio!

Absolute nonsense they ignore beer, which is a perfect match for lots of foods.

I think the time has come for smaller breweries. In political terms the sector fits so well with both localism and the Big Society. In gastronomic terms, we now have such choice, yet the media hasn't yet caught on.
More power to you, I'll be following with interest.;

I think you are absolutely right regarding choice whether it is wine or beer. The world of brewing is a close knit industry which has so much to offer yet we are ignored by the national media.

Readdressing this oversight is WAY overdue!

The congratulations must go to Dave Bailey et al, who had the foresight & will to try & change things in a powerful & inventive way.

I was away this weekend in a very sunny Edinburgh, but I made sure that on Saturday morning I got myself in front of a TV for a good proportion of the show and joined in the live action so to speak on Twitter.

It's sad that something like this has to happen to get everyone chatting away with banter suggesting beer matches, inviting comment and debate, but as you quite rightly say a pleasure to be involved and testament to what can be achieved. There was a little back biting but that is always to expected in a live forum, but generally good natured.

The good thing is that as long as this continues we are all getting a benefit, learning as we go so to speak from the suggestions of others.

I have a suggestion. It was mentioned amongst the many tweets on Saturday morning that Saturday Kitchen should invite Pete Brown, Zac Avery, Mark Dredge and Melissa Cole amongst others on the show to talk about beer and food pairings.
To that I quite agree should they be willing the BBC accommodating enough.

But what if they are not and until someone takes notice. Would it be possible to get one person per week with the confidence and knowledge to join each week with live suggestions and or comments on the suitability (or reasons why not) of beers suggested by the less informed. Not sure how this would work but willing to give it some thought?

I for one am always eager to learn.

Great post, great idea and brilliant to be involved with everyone on Saturday.

Phil - A perfect place to start would be by having any of Pete, Melissa, Zak & Mark on the show.

I even saw a tweet from @vikingtweats who is Tim the former manager of the The Euston Tap & more importantly Master Chef 2011 winner actually offering to go on the show & do a piece on food & beer matching! How cool would that be!?

@James_Winter is the shows producer maybe more people should recommend the idea!